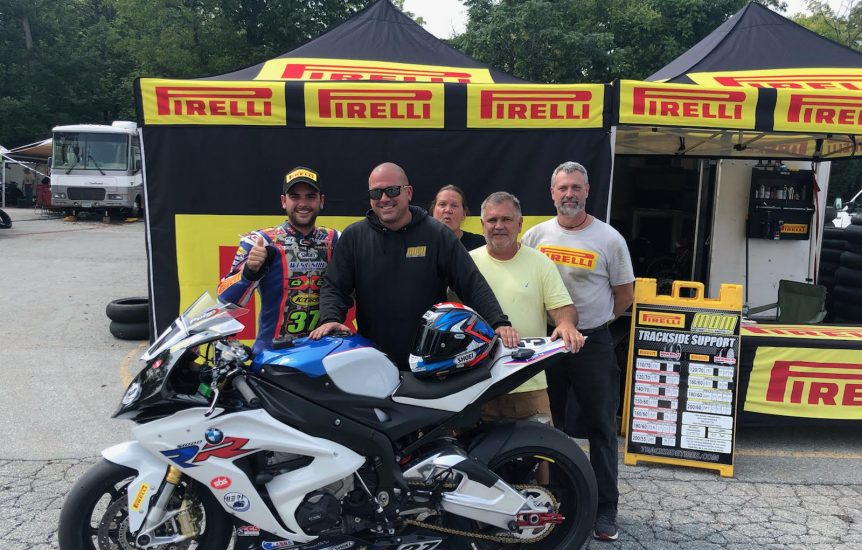 “Since mounting Pirelli tires, Stefano has been on fire,” said Oscar Solis, road racing manager, Pirelli. “He’s captured numerous track records and is now adding another one to his already impressive collection. His team is very small, yet effective, and everyone at Pirelli is glad to be a part of the program. Congrats Stefano, Mauricio and Karen!” 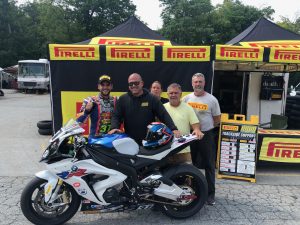 The motorcycle track record was set by Mesa in the Unlimited GP class as he uncorked a flawless lap of 1:10.728, topping the previous record of 1:11.400 that was set in 2009 by Jeff Wood. Mesa’s BMW featured a Diablo Superbike SC2 slick on the front and SC0 compound on the rear.

“This is an awesome gift to receive for my birthday and I’d like to thank my pit crew for having my bike on point!” said Stefano Mesa. “I’d also like to thank Pirelli for the bounty gift with setting this track record. It’s been incredible being teamed up with Pirelli and I hope that we can continue breaking more records together in the future.”

Mesa now holds three track records this season, previously setting the pace at Palm Beach International Raceway in January and Daytona International Speedway in March. Pirelli continues to put forth the biggest bounty in the brand’s history for 2018 and Mesa took home a $750 tire voucher for the third time this year.